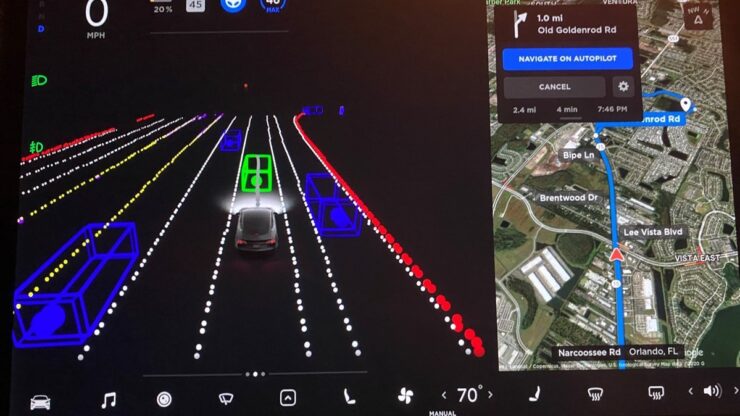 The first report of an accident involving a vehicle that uses Tesla’s Full Self-Driving Beta is being looked at by the National Highway Traffic Safety Administration (NHTSA). The accident is currently not under a formal investigation by the NHTSA, but the agency did state that it is “gathering information” related to the incident.

A Tesla Model Y enrolled in the FSD Beta program reportedly took a left turn and drove into the wrong lane. The Model Y was struck by another vehicle, and the driver states that they tried to regain control of the car to correct the maneuver. “The Vehicle was in FSD Beta mode, and while taking a left turn, the car went into the wrong lane, and I was hit by another driver in the lane next to my lane. The car gave an alert 1/2 way through the turn, so I tried to turn the wheel to avoid it from going into the wrong lane,” the Model Y owner wrote. However, it was too late, and “the car by itself took control and forced itself into the incorrect lane creating an unsafe manner putting everyone involved at risk,” according to the owner’s account.

The NHTSA confirmed to Teslarati that it was “gathering information” on the incident and had reached out to the electric automaker for information. Details of the accident first appeared on the NHTSA website on November 8, although the accident occurred on November 3. The NHTSA monitors the list of complaints filed with the agency, and incidents that are unable to be confirmed are removed from the list. However, this accident was confirmed, and the NHTSA is looking into the situation.

As previously mentioned, the NHTSA has not launched a formal investigation into the accident.

“NHTSA is aware of the consumer complaint in question and is in communication with the manufacturer to gather additional information. NHTSA encourages the public to report any safety concerns to the agency at nhtsa.gov or by calling the Vehicle Safety Hotline at 888-327-4236.”

Additionally, the NHTSA clarified that it does hold differences between “gathering information” and “investigating” an incident. The agency told us that this incident is not under formal investigation.

The accident occurred in Brea, California, a city in Northern Orange County with about 43,000 people.

For the last few months, Tesla has expanded its FSD Beta fleet and has been extremely cautious and conservative with adding new drivers. The FSD Beta fleet only features drivers with Safety Scores between 99 and 100, which Tesla owners have stated on numerous occasions are hard scores to come by.

It is also important to note that vehicles utilizing Tesla’s semi-autonomous driving features are involved in accidents significantly less often than other vehicles. According to Tesla’s most recent Safety Report, which was released in Q2, vehicles using Autopilot technology were involved in one crash every 4.41 million miles. According to the NHTSA’s most recent data, the national average shows that there is one automobile accident every 484,000 miles.

I’d love to hear from you! If you have any comments, concerns, or questions, please email me at joey@teslarati.com. You can also reach me on Twitter @KlenderJoey, or if you have news tips, you can email us at tips@teslarati.com.